We have 122 guests and no members online 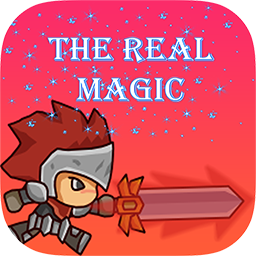 You play as a Prince who has reached the age of 18 and goes to the "Cave of the Ancestors". All the king's sons are sent to this cave, so that they can become real rulers and defenders of the Kingdom after passing severe tests. To protect their possessions, you can also find magic properties in the cave, well, if the test subjects do not die along the way! This cave is one of the last places where you can learn magic. But no one knows exactly what is going on there, because none of the kings who came out of it were able to bear anything in their memories except the possession of spells. What mysteries does it hold, what dangers, what enemies? This will have to find out the player who is given control of the next Prince.

Spells, in turn, require extreme concentration and calculation. After all, everything in this world has its own weight and characteristics. For example:

Lightning – flies in a straight line to the specified point, since it does not have a physical form as such. Before the lightning starts, you can accumulate a charge and thus increase the starting speed. When colliding with objects, it destroys them or deals damage, if possible, otherwise it loses some of its charge and bounces off the surface. If there is a complete loss of charge, the magic lightning explodes with sparks and disappears.

Water ball-weighs a lot and therefore behaves like a stone. If you throw it, it will fly on a parabola. So to use this type of magic, you need to calculate how to throw a magic ball of water. In any collision, it deals damage, if possible, and explodes with water spray.

Fireball-weighs much less than water, but also has air resistance and gravity acts on it. So it behaves very much like a water balloon, but when it collides with objects, it can bounce off them. After several collisions, its shell collapses and it explodes.

The ice ball is very heavy, but the most powerful of all magic. When hit, it deals a huge amount of damage. The influence of factors such as wind is almost non-existent.

You are here: Home